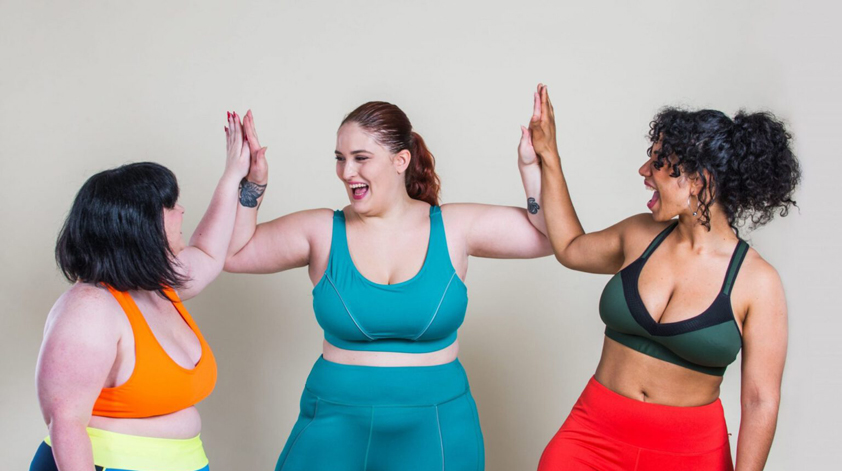 Admit it, after ploughing through countless resources, you’re nowhere near towards gaining clarity on how you can start changing your body composition.

One website will tell you to simply eat more protein and count calories. Meanwhile, a female fitness YouTuber swears by her ketogenic diet and daily kettlebell workouts.

Clashing views and information on women’s health and fitness will almost always leave you feeling more confused, helpless, and with more questions (rather than getting answers!). Instead of understanding how you can specifically change the way you look and feel, you’re left wondering if your body will respond in the same way as the guys working out next to you at the gym.

Just as no two humans are alike, there isn’t a single approach to changing your body composition as a woman.

First, there’s genetics to consider. Second, women have different body composition goals too — some might be keen about improving their running times or overall flexibility. Others may be more concerned with aesthetics, say getting their glutes in shape for a better-looking backside.

Finally, eating habits and dietary preferences will influence the rate at which you accomplish your body composition goals.

Despite these differences, we’ve uncovered some common threads and insights from recent research that can truly help women who want to feel better and stronger, and show them how.

In this article, you’ll learn several important gender differences in terms of anatomy and physiology, and how these differences can impact your training and nutrition decisions.

First off, let’s start with a simple matter of semantics  — what does it mean to change your body composition as a woman?

To change your body composition, you may want to focus on two different goals:

If you’ll notice, most women tend to focus solely on fat loss and muscle mass gain often takes the backseat. This may have to do with a stereotype on gender and physique, wherein muscles are often associated with masculinity.

I’ve written in an article before about being skinny fat, women are more likely to focus on fat loss because the mainstream diet and exercise advice given to women is essentially a prescription for becoming skinny fat — severe calorie restriction, excessive amounts of cardio, and minimal weightlifting emphasising high-rep training.

What Makes a Woman’s Body Different?

In terms of anatomy and physiology, I’ve listed down the differences between men and women’s bodies and how they can potentially impact your body re-composition efforts.

1. Women Can Gain The Same Relative Amount Of Muscle Mass As Men.

It’s possible to gain as much muscle mass as men but it may take more work on your end because of your slightly lower baseline muscle mass. However, if you’re worried about getting too big,  it’s also unlikely to happen due to differences in testosterone (I’ll cover that later), and how you train.

It’s a well-established fact that the more muscle mass you have, the more calories (and fat) your body can burn over time. With that said, it’s easy to assume that men may have the advantage because their baseline muscle mass is a third more than women.

Women tend to use up their carbohydrates for energy during resting and recovery states, but turn to fat for energy during submaximal exercise (less than the maximum of which an individual is capable) more so than men.

Another noteworthy difference supporting women’s superpower of being more efficient in glucose (carb) and fat metabolism has something to do with gender differences in body fat distribution patterns. Men tend to store fat in and around the organs, also known as visceral fat, in their abdominal region (also called android fat distribution).  On the other hand, women’s bodies are more likely to squirrel away subcutaneous fat for rainy days in their hips, legs, and buttocks (also called gynoid fat distribution).

The unfortunate news for men is that visceral fat accumulation may be associated with reduced insulin sensitivity and progression of diabetes. As a result, men’s bodies are less likely to pay attention to rising blood sugar levels while women’s bodies are more sensitive to insulin due to less visceral fat deposits.

If you’re exercising regularly, don’t be afraid of carb or fat intake unless there is a medical reason to avoid them (say you’ve been advised to go low-carb by your doctor) because your body needs both to enhance your workout benefits.

Focus on eating whole grain carbs and refrain from consuming carbs that are highly processed. In the same stroke, make sure you are eating the right types of fat that will enhance the body composition changes you are looking for.

Most of all, don’t starve yourself! You are only going to drive your body into starvation mode, which tells your body to burn less calories (known as adaptive thermogenesis). And if you’re working out, that’s all the more reason for you to eat to gain muscle mass.

3. Men And Women Have Different Proportions Of Sex Hormones In Their Bodies.

Remember that we mentioned the influence of hormones like testosterone and estrogen a couple of times?

When you hear the words estrogen and testosterone, you’re likely going to associate the former with women and the latter with men. And with good reason.

Differences in muscle and fat between men and women can be traced back to women’s higher estrogen levels and men’s’ higher testosterone levels.  Both males and females start puberty at about 80 percent lean body mass. By the end of puberty, females drop to 70-75 percent lean body mass due to a surge in estrogen, and males increase to 90 percent due to an increase in testosterone levels.

As a result, males gain more muscle mass, and females gain more adipose (fat) tissue or essential fat. The increase in essential fat in women is the body’s way of preparing for pregnancy and breastfeeding. We can also surmise that the increase in muscle mass in men after puberty has to do with the fact that they are supposed to be the “hunters” in the tribe, as described in the hunter-gatherer theory.

Most the time, we assume women have a harder time gaining muscle than men since women do not produce as much testosterone. However, research reveals that although men exhibit a greater muscle hypertrophic response (faster results) to strength training than do women, the difference is small.

Putting It All Together

In a nutshell, if you’re a woman who wants to improve her body composition, the key points to remember are:

Women can make as much muscle gains as men. Don’t be afraid of strength training – you’re not automatically going to look jacked like The Hulk if you lift weights as a woman.

While protein often gets a lot of attention as part of a diet to change body composition, don’t be afraid of carbs and dietary fat. All the work you put into the gym may be fruitless if you don’t stick to a solid meal plan with the right balance of macros.  Since physical activity can help your body effectively burn and use carbohydrates, don’t be afraid to consume carbs. You don’t even have to give up carbs altogether for long-term weight loss.

Finally, keep mixing up your workouts and challenging yourself. When your body is forced to do new things constantly, accomplishing your desired body composition outcomes are just around the corner!