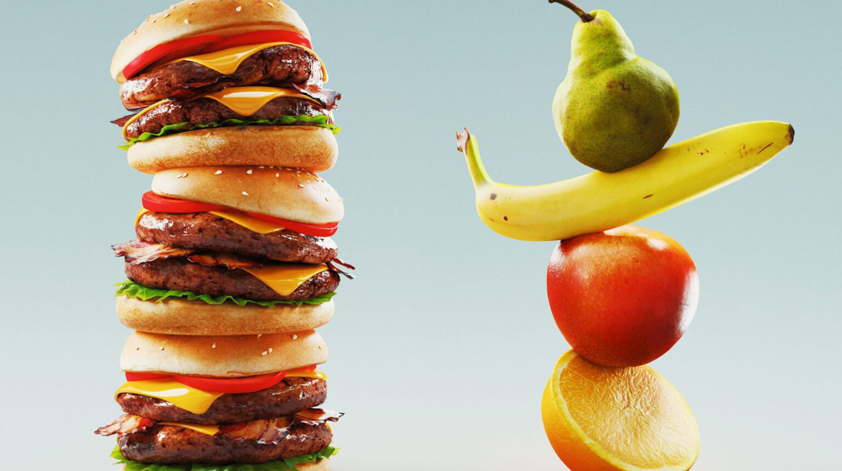 Next time someone tells us, as the World Health Organization does on its website, that the way to prevent “the burden of obesity” is “to achieve energy balance and a healthy weight,” this is the number that should come immediately to mind. Twenty calories.

Next time we’re told, as the NHS Choices website tells us, that “obesity is generally caused by eating too much and moving too little.” all we need do is “make small decreases in food and beverage calories and increase physical activity,” remember this number. Twenty calories.

If either of these official declarations about weight were true, then the obesity problem would be a figment of our collective imaginations, not the most pressing public health issue of our age. Weight gain is a gradual process, as both organisations suggest. Once you notice that you’re putting on weight, as the logic of calories-in/ calories-out dictates, you can make the appropriate small decreases in calories consumed, and increases in physical activity and all should be well again.

You can skip a snack here and a dessert there; you can walk more, spend a few extra minutes at the gym, and that should do it. Even if you put on ten pounds before you notice the difference, you know what’s necessary to take them off.

So why doesn’t that work? Why is there obesity at all, and why is its cure rate so dismally low, if all that’s necessary to prevent it is to undo the positive caloric balance, the overeating, that allegedly causes it? This is where the twenty calories come in.

Now let’s look at the math’s from the perspective of weight gain rather than weight loss. How many calories do we have to overeat daily to accumulate two new pounds of fat every year—fifty pounds in a quarter-century? How many calories do we have to consume but not expend, stashing them away in our fat tissue, to transform ourselves, as many of us do, from lean twenty-five-year-olds to obese fifty-year-olds?

Twenty calories is less than a single bite of a McDonald’s hamburger or a croissant. It’s less than 12 tea spoons of Coke or Pepsi or the typical larger. Less than three crisps. Maybe three small bites of an apple. In short, not very much at all.

If what’s necessary “to maintain weight,” as the NHS says, is to “balance the energy we eat with the energy we use,” then consuming an average of twenty calories a day more than you expend, according to the logic of calories-in / calories-out, will eventually make you obese.

Ask yourself: How is it possible that anyone stays lean, if all it takes to grow gradually obese is to overshoot this point of energy balance by twenty calories daily? Because quite a few people do stay lean. And, in fact, even those who are overweight or obese manage to maintain their weight, heavy as they may be, for years and decades. They may be fat, but they are still balancing the calories they take in with the calories they expend, apparently, to better than that twenty-calories-a-day average, because they are not getting fatter still. How do they do that? One or two bites or swallows too many (out of the hundred or two we might take to consume a day’s worth of sustenance) and we’re doomed.

If the difference between eating not too much and eating too much is less than a hundredth of the total amount of calories we consume, and that in turn has to be matched with our energy expenditure, to which we are, for the most part, completely in the dark, how can anyone possibly eat with such accuracy? To put it simply, the question we should be asking is; not why some of us get fat, but how any of us avoids this fate. This is a question that researchers asked in the first half of the twentieth century with regard to this arithmetic, back before calories-in / calories-out became the conventional wisdom and well before the obesity epidemic.

In 1936, Eugene Du Bois of Cornell University, then considered the leading authority on nutrition and metabolism, calculated that a 11st11lb man who manages to maintain his weight for two decades – to gain no more than two pounds during those twenty years – is matching his calories-in to his calories-out to within a twentieth of 1 percent, “an exactness,” Du Bois wrote, “which is equaled by few mechanical devices.” “We do not yet know why certain individuals grow fat,” Du Bois wrote. “Perhaps it would be more accurate to say that we do not know why all the individuals in this over-nourished community do not grow fat.” Considering the accuracy required to maintain a stable weight, he added, “there is no stranger phenomena than the maintenance of a constant body weight under marked variation in bodily activity and food consumption.”

The fact that many people do remain lean for decades (although it’s less common now than in Du Bois’s day), and that even those who are fat don’t continuously get fatter, suggests there is something more going on with this business of weight regulation than can be explained by the notion that it’s all about calories.

Let’s consider some possibilities. Perhaps we maintain energy balance, say, by watching the scale or attending to the other signs of increasing adiposity and then adjusting our eating accordingly. This was one idea taken seriously by the experts in the 1970s: Uh-oh, belt’s too tight, getting fat again, better eat less. But animals obviously don’t do that, and there’s no reason to think that calories-in / calories-out doesn’t apply to them as well. Yet species that begin their adult lives lean (leaving out of the discussion, for the moment, those that don’t, such as walruses and hippopotami) remain lean with little apparent effort. How do they do it?

Maybe the only way to stay lean is to stay hungry—not terribly hungry but at least a little hungry. If we always leave a little on the plate, remain a tad unsatisfied, then we can be confident that our accumulated errors will fall on the side of eating too little rather than too much. Better to eat a few hundred calories less than we’d like than twenty calories more every day than we need. So either we live in a world where we rarely have enough food available or we consciously eat in moderation, which means pushing away from the table (or, for animals, walking away from the latest kill or cutting short a graze) before we’re satiated. But if eating in moderation means we consciously err on the side of too little food, why don’t we all end up so lean that we appear emaciated?

The arithmetic of calories-in/ calories-out doesn’t differentiate between losing and gaining weight; it says only that we must match calories consumed to calories expended. And if it’s simply the case that lean populations are only those populations that don’t have enough food available to overeat (by twenty calories, on average, every day), why is it that populations in this situation in which the children are thin and stunted and exhibit “the typical signs of chronic under-nutrition” can still have plenty of obese adults?

Surely something else is determining whether we gain fat or lose it, not just the conscious or unconscious balancing act of matching calories consumed and expended?