Rise of the Mamils 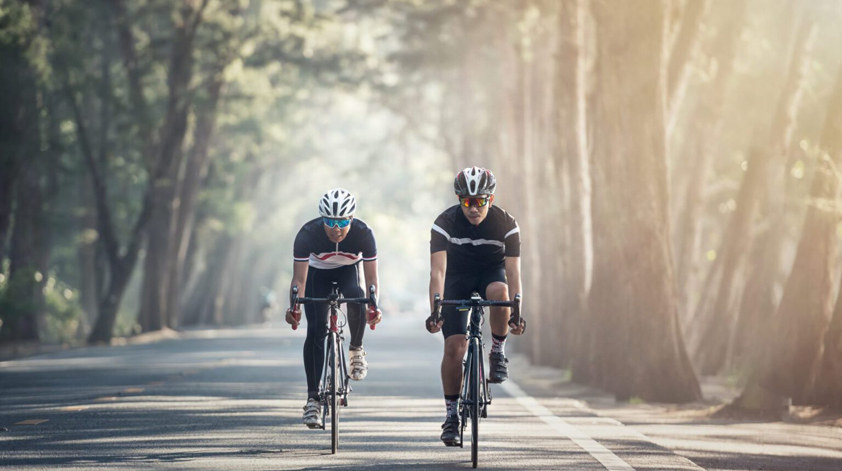 Last week on my drive to the clinic I was overtaken by a Mamil.  The species are an increasingly common sight on the roads of Cumbria.  Many were brought out of hibernation during the Tour of Britain cycle race.

The Mamils’ to which I refer are of course Middle Aged Men In Lycra.  I would love to say I coined this acronym but unfortunately, the credit goes to a partner at retail analyst Mintel, the people responsible for knowing what we like so companies can sell us stuff more effectively.

The surprising fact is that I was overtaken by this particular Mamil while driving a high powered BMW, admittedly I was sat in traffic doing about 20 mph at the time he rode past me at about 35 mph.  I know it was the male of the species, as those of you who have had an encounter will understand, the Lycra hides very little from an anatomical standpoint.

Every weekend, across Cumbia’s rolling countryside, you can observe the species sat atop their steed which will have cost several thousand pounds. Ladies, if you have a man at home taking an unusual interest in how you shave your legs, you may have a Mamil in the making too.

Research conducted by Mintel suggests there has been a surge in the number of middle-aged men choosing to get on two wheels. Has the silence of skinny tyres and carbon fibre framesets replaced the thunderous noise of motorbikes?

Back in the day, when some men with a bit of disposable income reached a certain age, they did some strange things. The grind of the office and home life convinced some that the answer to an expanding midriff lay in a pair of designer jeans a baseball cap and a flashy but cheap Japanese sports car. Teenage daughters ran away screaming with embarrassment. Sons were deprived of the role models seen in adverts for shaving products.

The past three years have seen the rise of the uber-techno, super-flashy, full-carbon fibre, second mortgage inducing road bike. The market for these bikes has expanded faster than a 45-year-old’s waistline, partly thanks to the success of the British cycling stars in the Olympics and Tour de France.

Marketing departments have produced smart advertising messages that encourage a bit of freedom, elite performance and memories of teenage years spent on two wheels.  The result can be seen on Saturday and Sunday mornings as middle-aged blokes polish the carbon fibre, lower the mirrored shades and pedal Lycra clad into the hills.

While the serious, younger riders are busy getting into the zone of elite competition, the Mamil is comparing the latest GPS route-finding cycle computer and pretending that they know how to stretch.

Flash road bikes look like a midlife crisis, but so what?  A man becomes fitter and happier. Where’s the midlife crisis in that? Well, there is the cost to consider.

The must-have bike of the summer is apparently Pinarello Dogma, the bike used by the British Team Sky in the Tour de France. Yours for about £7,000. Grown men stop, stare and lick the window of high end cycle shops to catch a glimpse of this bike.

Wives, look away now. Men who seriously cycle typically spend about £3,000 to live that dream. For a time, at least. That sum will cover the set-up and the first year, then about £1,000 a year, at least, on top of that.  All this is paid for using a secret credit card he has.

This has resulted in the rapid growth of a middle-class money-laundering operation.  It goes something like this. Husband drools while looking at a pair of £140 shorts on cycling website – they’re the kind that have a padded seat that makes you look like you’re wearing an adult incontinence pad.  Wife says no, “think about the new kitchen we need”. Man continues to drool at shorts and decides they will help conceal his 38-inch waist.

He calculates that three weeks of hard pedaling will help on the belly front – which is coincidentally the same time it takes to receive a secret new credit card to pay for the shorts. Job done. “Gold Ambassador” status achieved with the online cycling retailer. Discounts on more kit, all of which is sent directly to the office rather than home.

When you run the numbers on all this, flash carbon fibre road bikes, and tight Lycra looks like a midlife crisis.  Namely, there’s a look to strive for, expensive kit and excuses for weekends away.

I’m all in favour of Mamils if it’s about becoming a happier and healthier person rather than sliding towards mediocre oblivion at the bottom of a pint glass.

I offer this advice;

If your portly husband buys another ridiculously tight pair of cycling shorts and keeps blunting your lady shaver doing his legs in a vain attempt to make himself more aerodynamic; simply pop out to Carlisle’s new Primark and buy yourself a couple of new outfits and some shoes, then hide them in your wardrobe.

When he asks “are those clothes new”, explode with rage saying “I’ve had them ages”, he will not dare challenge you!

Also this way, at least one of you will not look ridiculous in your new outfit.