Pill Invented That Makes You Lose Weight Without Any Exercise 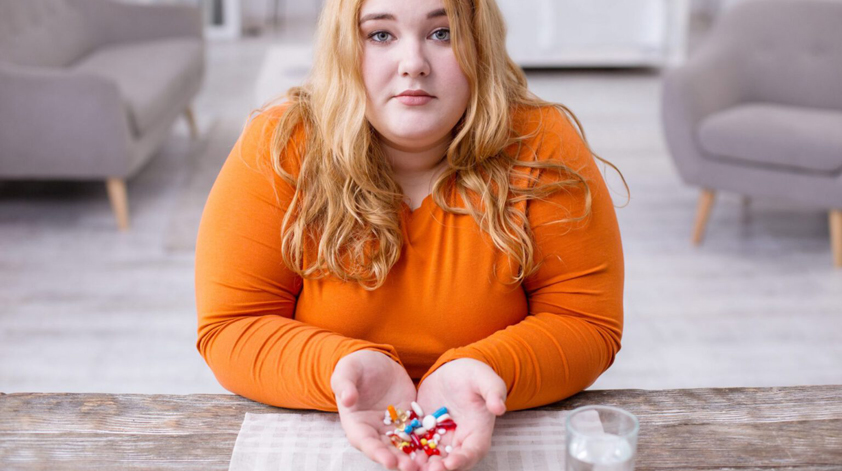 Could a wonder pill make you lose weight and get fit without lifting a finger?

Scientists are allegedly on the brink of inventing tablets that will give us lean bodies without the effort.

By contrast, most of us spend at least 42 hours a week sitting, while working, or at home in front of the television.

Just imagine never again having to sweat in the gym, face the indignity of a public yoga class, or puff around the park in a saggy tracksuit. There has never been an easy shortcut to losing weight and building muscle — it’s always been a case of following a strict diet and exercise regime.

But now, if reports are to be believed, scientists claim they’re on the brink of inventing exercise pills that will give us lean, muscular bodies with no more exertion required than popping open a blister pack.

We are told scientists are racing to produce the first marketable ‘exercise pill’ — and presumably make themselves a fortune in the process. They hope the drugs will make our bodies burn off fat much faster, boost the strength of our hearts, develop powerful muscles and even improve blood-sugar levels to fend off diabetes.

There are all kinds of moral questions about a pill that would allow us to lead a completely sedentary lifestyle then eat and drink what we want, while maintaining the body of an Olympic athlete.

There would be no need to commit to a healthy lifestyle and have the mental and physical discipline to maintain it.

That said, it could be a world in which everyone was fitter and stronger — which would have fantastic implications for productivity at work, for example, as well as reducing the burden ill health, in particular obesity related disease, puts on the NHS.

Ron Evans, a professor at Salk Institute for Biological Sciences in California was recently featured on the cover of the New Yorker magazine for his work on a drug with the catchy name of GW501516.

It promises to give the benefits of exercise without us having to lift even an eyebrow, let alone strain away on a running track or lift weights. Prof Evans has spent a decade developing this drug compound to simulate the manifold physical benefits of exertion.

It is designed to target a gene called PPAR-delta, so that the gene acts as though the body has been doing endurance-running training. When this happens, the gene instructs cells to stop storing fat and instead break it down and burn it for energy. In other words, it will make your body think you are Mo Farah after a tough training session.

When Evans gave the drug to overweight lab mice, their waistlines shrank, along with their bodies’ overall composition of fat. What’s more, a key indicator of their risk of Type 2 diabetes — their insulin resistance — dropped to far healthier levels.

The composition of their muscles also changed so that they burned fat more. The changes led Prof Evans to describe the drug as ‘exercise in a pill’. The medication even promises to make us much fitter, as well as slimmer.

In May, he reported that sedentary mice given high doses of his pill boosted their performance on treadmills by an astonishing 70 per cent – without prior training.

So promising are the drug’s effects that the global sports watchdog, the World Anti-Doping Agency, has banned it over fears it’s not under proper regulatory control and could give someone who takes it an unfair advantage.

So why aren’t we all swallowing handfuls of GW501516 with breakfast already? The drug was invented by the pharmaceutical company GlaxoSmithKline, but it shelved its development in 2007.

In trials the drug revealed a rather inconvenient side effect.  In trials on lab mice (the final trials before it would be tested on humans), the rodents developed cancers throughout their bodies.

Such are the safety constraints of drug development nowadays it seemed the death knell for the drug. Yet Evans is persisting and says he has developed a less potent version which he hopes “will be less toxic”!

Interestingly however, he has never tried ingesting his own formulation.

Others in the hunt for a wonder pill are exploring ways of exploiting a substance produced naturally by our bodies.

The chemical, called irisin, is produced by our muscles in response to exercise. Irisin stimulates ‘white fat’ (the flabby stuff we want to shed) so that it turns into ‘brown fat’. Brown fat is useful because it doesn’t just hang around on our bodies, it actively burns energy to keep us warm.

Not only does this mean it might save us money by allowing us to turn down the central heating in winter, in a ten-day test on sedentary, overweight mice, irisin made them lose weight and improve their bodies’ control of blood sugar — thus helping to keep diabetes at bay.

The final piece of the jigsaw is a substance found in tiny amounts in some of our favourite naughty treats, such as chocolate, beer, and wine. Epicatechin is a plant flavonoid — a substance that gives products such as cocoa and grapes their characteristic colours.

In trials on lab animals, high doses have been found to boost the formation of body and heart muscles, even without exercise. So far this is all very promising news…if you are a mouse.

So will these substances have the same astonishing effects in humans?

Critics say that may not be the case, because rodent and human metabolisms are too different. Furthermore, sceptics warn that giving any of these substances to humans may cause similar side-effects to those seen with Evans’s drug, which produced uncontrollable cancers.

So there is no point jogging down to the chemist in search of a pill that will make you look like something sculpted by Michelangelo. Your best prescription is to get some professional advice and a training plan from a qualified personal trainer.