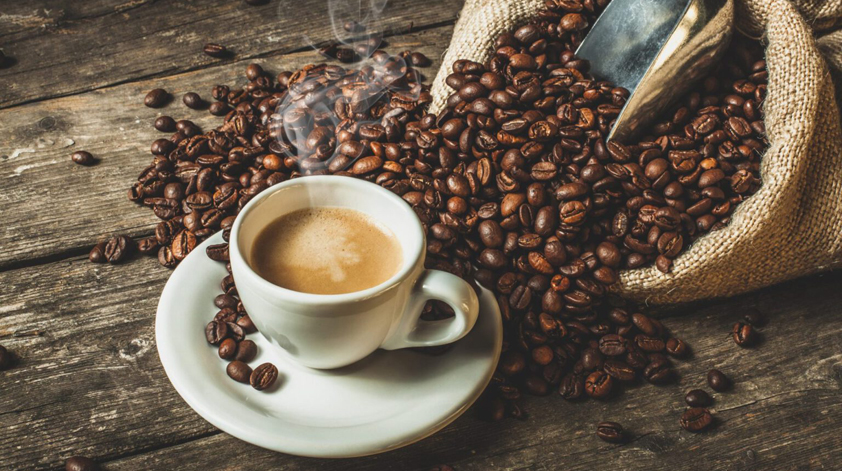 Billions of people around the world drink coffee or tea to start the day. It’s a fine way to kick the proverbial engine into gear. The kick, of course, is largely due to the caffeine content in these beverages. Caffeine is a powerful stimulant and an appetite suppressant, but you probably already knew that.

Less commonly discussed, however, are the effects of caffeine on body composition. Sure, caffeine wakes you up in the morning, but can it burn fat? Does it help with weight loss? Indeed it can. Caffeine has been shown to stimulate fat loss, help with weight management, and enhance exercise. If you’re trying to optimize your body composition, caffeine should probably be in your arsenal.

But before we get to practical tips on incorporating caffeine into your routine, let’s talk about the mechanisms by which caffeine stimulates fat loss.

First of all, what, exactly, does it mean to burn fat? Clearly someone isn’t holding your fat cells to a smoldering flame. That would get uncomfortable in a hurry. Instead, burning fat is synonymous with using fat for energy. And fat can only be used for energy when it’s floating around the bloodstream as a molecule called a free fatty acid.

So how can you increase the release of fatty acids acids to be burned? One way is caffeine!

The caffeine in your morning coffee stimulates the breakdown of adipose tissue via a process called lipolysis. And once the fatty acids are freed from their storage form, they can be used for energy. In other words, this fat can be burned.

How does caffeine stimulate lipolysis? When you drink caffeine, it increases levels of energetic hormones like epinephrine and norepinephrine in your blood. These hormones, in turn, cause fatty acids to be released..

Okay, so now you know that caffeine stimulates lipolysis. And we know that lipolysis causes fatty acids to be released into the blood. Now what?

Well, the fatty acids must be burned for energy. And the process of burning for energy is called metabolism. Depending on your diet, lifestyle, and genes, your metabolism can burn energy at a higher or lower rate.

What’s one compound that stimulates our metabolism to burn more energy? You guessed it again: caffeine.

This process of metabolic burn has a fancy scientific name: thermogenesis. Caffeine increases thermogenesis. In other words, it tells your body to burn more calories.

This stimulating effect on metabolism has, in fact, been shown through research to occur in humans. In this study, caffeine increased thermogenesis in a dose-dependent manner up to 400 mg, or about 2-3 cups of coffee. More on dosing later.

In a more recent study, caffeine boosted the metabolic rate of human cells by activating certain genes associated with metabolism. So even at the level of your genes, there’s clearly an effect of caffeine on energy expenditure.

What About Caffeine and Weight Loss?

By now you’re probably wondering how caffeine-induced thermogenesis and lipolysis translate into actual, measurable results in humans. These cellular processes sound cool, but do they actually stimulate quantifiable weight loss?

It appears they do. In one study, 76 overweight volunteers – a mix of high caffeine and low caffeine consumers – were put on a low-calorie diet for 4 weeks. Weight was a primary variable being measured.

The results? At the end of the four week period, higher weight loss was linked to higher caffeine intake in women. Not a bad benefit from drinking an extra cup of coffee or two.

But wait, there’s more. In a large observational study from 2016, people who drank more caffeine were also more likely to be successful at maintaining lost weight. So for those struggling to maintain losses from a diet or exercise program, caffeine could provide some helpful support.

A final note on caffeine and weight loss: the research is promising, but still correlational. In other words, there aren’t any proper controlled experiments showing caffeine alone makes people lose weight, but it does seem to have some weight loss benefit.

Most people know that exercise is a scientifically-validated way to burn fat, increase lean muscle, and improve body composition. Take all the supplements you want – you’re not going to look good naked by sitting on the couch all day.

Okay, so you’re aware that exercise is important. But to take it up a level and enhance the effects of that exercise, consider caffeine.

From a metabolic standpoint, combining caffeine with exercise is like putting premium fuel in a sports car. It simply runs better than it does with regular unleaded in the tank.

We just covered how combining exercise with caffeine puts your body into fat burning mode. Yet there are, in fact, other positive effects that spring from this combination.

First of all, even at low doses (around 1-2 cups of coffee), caffeine improves mood, cognitive function, and alertness both during and after exercise with very few side effects. So if you’re feeling sluggish during your workouts, caffeine may help.

Testosterone, the male sex hormone, is a good hormone to have around if your goals include losing fat and preserving lean muscle. In one study, people supplementing with testosterone got leaner and lost more fat than the control group.

But you don’t need testosterone patches to boost your levels of this crucial hormone. Instead, just have a cup of Joe.

Or, if you’re willing to try something more unconventional, chew some caffeinated gum. In a recent study, rugby players given caffeinated gum at halftime had, by the time the 15 minute half was up, 70% higher levels of salivary testosterone than their placebo-gum counterparts. That’s pretty significant.

How Much Caffeine Do You Need?

That depends on your goals. For exercise, the research shows that low doses (less than 200 mg caffeine – about a large cup of coffee) are just as effective as high doses for enhancing performance.

And in case you were wondering, your typical cup of coffee has 100-150 mg of caffeine. For a lower dosage, a cup of green tea has about 25 mg of caffeine.

Side Effects of Caffeine

Okay, so more caffeine equates to more fat burning. Given that fact, should you slam down as much strong coffee as your stomach can hold?

Not so fast. Consuming high amounts of caffeine still has some undesirable side effects, including:

In other words, be smart about caffeine. Listen to your body. If you’re experiencing anything unusual, back off the dose.

To recap, here’s a list of what caffeine has been shown to do:

Stimulate lipolysis, freeing up fatty acids to be burned for energy

Increases your metabolic rate, or the rate at which your burn fuel for  energy

Helps promote fat burning during exercise via its metabolic stimulation

Improves mood and alertness during exercise

How many people around the world consume caffeinated beverages every morning without being aware of these benefits?

Impossible to say. Probably most of them. But now you’re aware of the benefits. So if you’re looking to lose some fat, improve your weight loss goals, and maybe even enhance today’s gym session, don’t forget your cup of green tea or coffee tomorrow morning.