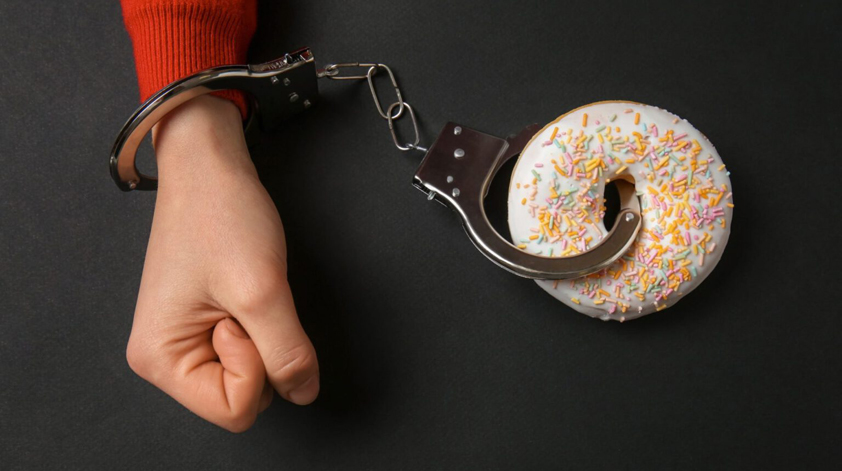 If you’ve ever tried to cut back on junk food, you may have realized that it is easier said than done.  We tend to get cravings, the brain starts calling for these foods.

Even though our rational, conscious mind “knows” that they are bad for us, some other part of our brain seems to disagree. Some people don’t have this problem and can easily control the types of foods they eat.  Other people don’t seem to have any control whatsoever.

Despite their best intentions, they repeatedly find themselves eating unhealthy foods, even when they have previously decided not to eat them.  While some people think this is caused by a lack of willpower, the situation can be much more complicated than that.

The fact is junk foods stimulate the reward system in the brain in the same way nicotine, alcohol and drugs, like cocaine do.  For susceptible people, eating junk foods can lead to full-blown addiction, which shares the same biological basis as addiction to drugs.

Simply put there is a system in our brain called the reward system. This system was designed to “reward” us when we do things that encourage our survival. This includes primal behaviours like eating.

The brain knows that when we eat, we’re doing something “right,” and releases a bunch of feel-good chemicals in the reward system, such as the neurotransmitter dopamine – interpreted by our brains as pleasure. The brain is hardwired to seek out behaviours that release dopamine in the reward system.

The challenge with processed junk foods is that they can cause a reward that is way more powerful than anything we were ever exposed to in nature during human evolution. Whereas eating an apple or a piece of steak might cause a moderate release of dopamine, eating a Ben & Jerry’s ice cream is so incredibly rewarding that it releases a massive amount of dopamine.  This can lead to tolerance and withdrawal.

If you have fewer dopamine receptors, then you will have very little dopamine activity and you will start to feel unhappy if you don’t get your junk food “fix.” This is called withdrawal and withdrawal is one of the hallmark of all physical addiction.

This is a drastic oversimplification, but this is basically how food addiction and any addiction works.

My conclusion, having talked to hundreds of patients about food addiction is that it’s like no other addiction.  In so much as you can not avoid food, you have to eat.

I am yet to hear an addiction professional give advice to a drug addict of, “just cut back your crack cocaine use, try and cut down to once a day”.

Yet that is the advice given to so many food addicted overweight people.  I have seen a letter from an NHS dietician giving the following advice to a 25 stone patient;

‘You need to make small changes, for example you told me you have a stuffed crust pizza on a Friday and Saturday night, try ordering a thin crust pizza instead’.

If you are struggling to understand why, despite your best efforts, you find it very difficult to lose weight and not sabotage your efforts.  Remember it’s highly unlikely to be a lack of willpower, it’s evolutions way of making you eat for your survival.  Don’t be too hard on yourself.